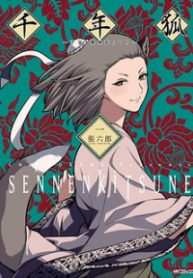 The fox who has lived for a millennium will outsmart the humans?!

In China during the Jin dynasty, it’s said that a millennial fox lived in the tomb of King Yan Zhao of Zhou.

That fox, Guangtian, goes to meet with Zhang Hua, who was well-known for his erudition,  in order to compare his wisdom with the humans…!?

A strange and humorous historical fantasy between the supernatural and  the humans!